Mr White recommends....George's Secret Key to the Universe by Lucy and Stephen Hawking 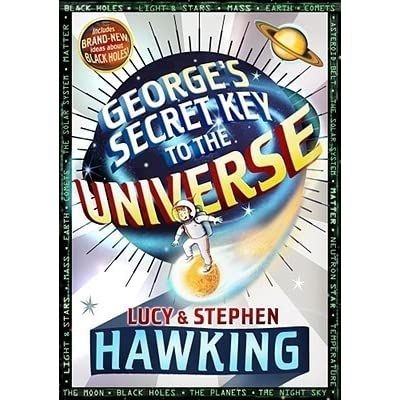 🌟 One of the greatest scientific minds this planet has ever seen teams up with his daughter to write an adventure story like no other! This one's for the geeks! 🌟

This is a book I read a few years ago with a class of year 5 and 6 pupils, although I believe good readers in years 3 and 4 would also enjoy it. The reason I enjoyed this book so much was not just because it is an exciting and funny adventure story, with the sort of likeable and colourful characters you'd expect in a children's book, but it also contains fascinating information right at the cutting edge of scientific thinking thanks to Professor Stephen Hawking, a leading thinker on black holes. It's the story of a young boy called George, who's taken through the vastness of space by a scientist, his daughter, and their super-computer named Cosmos. Alongside the story, there are pages that explain the science and provide pictures of galaxies, neutron stars and black holes. A must read for anyone with an interest in space and the cosmos!

And the best thing is, once you've finished the first...there are 5 more!

I hope you enjoy this one! If you do, come and find me in school and let me know what you think! I'd happily talk for hours about space and the universe with you! ★☆★☆