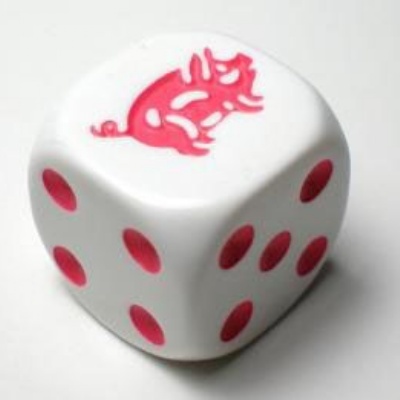 We also learnt how to play Pig

During our afternoon, talking about Zones of Regulation and Friendship, we learnt how to play PIG. We discussed how we felt when other people were winning, losing or even cheating. We then played the game with our table partners.

Pig is a simple dice game, here are the Rules.

Choose a player to go first. That player throws a die and scores as many points as the total shown on the die providing the die doesn’t roll a 1. The player may continue rolling and accumulating points (but risk rolling a 1) or end his turn.

If the player rolls a 1 his turn is over, he loses all points he accumulated that turn, and he passes the die to the next player.

Play passes from player to player until a winner is determined.

How do you win?

The first player to accumulate 100 or more points wins the game.

Are there any rule or scoring variations?

This variant is the same as Two-Dice Pig, except rolling double 1s ends the player’s turn, scores 25 points, and eliminates any other points the player may have accumulated that turn. If any other doubles are rolled, the player adds twice the value of the dice to the turn total.

The Maths in this game is very simple, the children have to add smaller numbers together each turn. Then add the current score to the overall score.