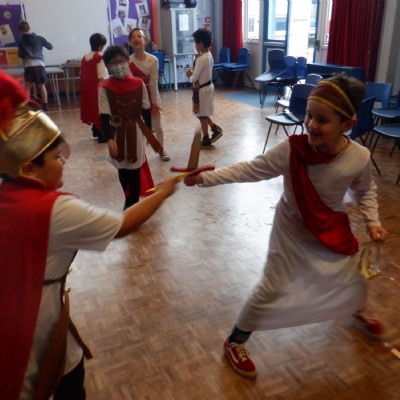 Firstly, the children acted out sailing from Italy to Richborough and setting up camp as the Romans. They then built tents and forts to protect themselves from the Celts.

Children were given various roles to play in the Roman Forum, including; market stalls, government, farmers and soldiers!

They ended their drama session with some relaxing in the Roman baths!